Speaking after a video conference of the European Council on Thursday, Ursula van der Lane, the head of the commission, stressed that internal borders should remain open for a market to function. But members of the public should refrain from traveling.

“An assessment of the extremely serious health condition, unnecessary travel across any country and borders should be strongly discouraged.”

“It is important to run a single market at the same time. Goods and essential workers should continue to cross borders easily. This is very important. “

The question of restrictions on internal borders has come to the fore in recent days to deal with the spread of more contagious diseases of COVID-19, especially due to concerns raised by Germany and France.

It is a matter of border sanctions for individual member states. Still, EU officials in Brussels, in addition to France and Germany, are urging a coordinated response following the diplomatic turmoil during the first wave of epidemics in spring 2020.

In March, as the infection spread around Europe, many member states panicked and unilaterally closed national borders, disrupting travel.

The decision was seen as disastrous, already stumbling, the European economy is in turmoil. Leaders say they will work hard to discover different ways to thwart new forms of the virus. However, it continues to run factories and businesses.

Van der Leyen proposed categorizing parts of the European Union as “deep red zones” where the virus is circulating at extremely high stages.

“People traveling through dark red areas have to undergo a test before leaving besides quarantine upon arrival.”

The commission is also recommending extra security steps for the EU’s external borders.

Travel is strictly prohibited in the European Union, but necessary travel is allowed.

The commission recommends that all passengers be screened before departure. Already it is a necessity for many EU countries. 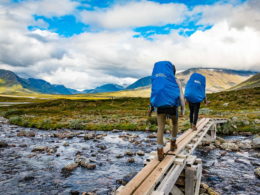 According to the Swedish government; Ton Sunday, there is a travel ban on the entrance from Norway.” It…
bykoshmann 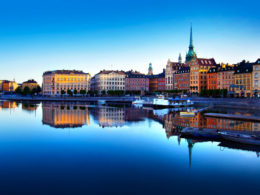 The German travellers and emigrants are quickly moving to Sweden. On the other hand, in Germany, the Swedish…
bykoshmann
18 shares
18
0
0 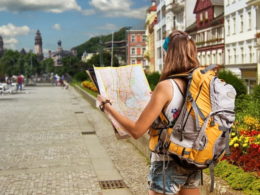 Which European countries are included in the EU’s list of ‘Dark Red Zones’ for COVID-19?